Zone 7 is responsible for providing flood control and water resources to the Livermore-Amador Valley. The district was created by the California Legislature in 1947 and Zone 7 was formed by a vote of local residents in 1957. Of Alameda County's 10 active zones, only Zone 7 has its own elected seven-member board of directors. Zone 7 sells treated water primarily to four retail water agencies - the California Water Service Company, the cities of Livermore and Pleasanton, and the Dublin San Ramon Services District. It also sells untreated water directly to agricultural and other customers.

Posted by Matt Morrison at 11:45 AM No comments:

Once You Get Past All the Puns...

This is a TERRIFIC IDEA! 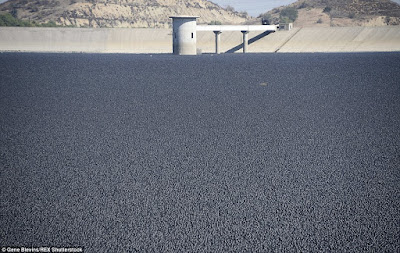 ... and fast! Last summer, scientists recorded the worst sinking in at least 50 years. This summer, all-time records are expected across the state as thousands of miles of land in the Central Valley and elsewhere sink. But the extent of the problem and how much it will cost taxpayers to fix are part of the mystery of the state’s unfolding drought. No agency is tracking the sinking statewide, little public money has been put toward studying it and California allows agriculture businesses to keep crucial parts of their operations secret.

California is sinking, and it's getting worse.

By Nathan Halverson at "Reveal" from the Center for Investigative Reporting

The forecast of a strong El Nino brings good news to California, unfortunately marine life has begun to starve up and down the coast of north America. The National Oceanic and Atmospheric Administration (NOAA) model is forecasting well above normal precipitation for October through December, 2015. There is a good chance heavy winter rains will break the California drought. Downside will be massive landslides and flooding in areas affected by wild fires.

Posted by Matt Morrison at 5:56 PM No comments:

No snow at Phillips Station (Echo Summit southwest of Lake Tahoe) for the first time in 75 years of early April recorded measurements.

And, no fools, on April 1st, "For the first time in state history, the Governor has directed the State Water Resources Control Board to implement mandatory water reductions in cities and towns across California to reduce water usage by 25 percent. This savings amounts to approximately 1.5 million acre-feet of water over the next nine months, or nearly as much as is currently in Lake Oroville."

Summary of the executive order issued by the Governor.


Posted by Matt Morrison at 3:35 PM No comments:

The US is on track for a record-breaking megadrought

In just a few decades, a huge swath of the US could experience the biggest megadrought that the US has seen in 1,000 years.
Posted by Matt Morrison at 2:41 AM No comments: Way to go, Pleasanton residents!
Posted by Matt Morrison at 9:40 PM No comments: 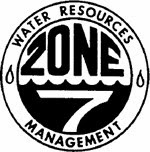 2010 Yodeler "Matt Morrison, an easy-going man for all (wet and dry) seasons"